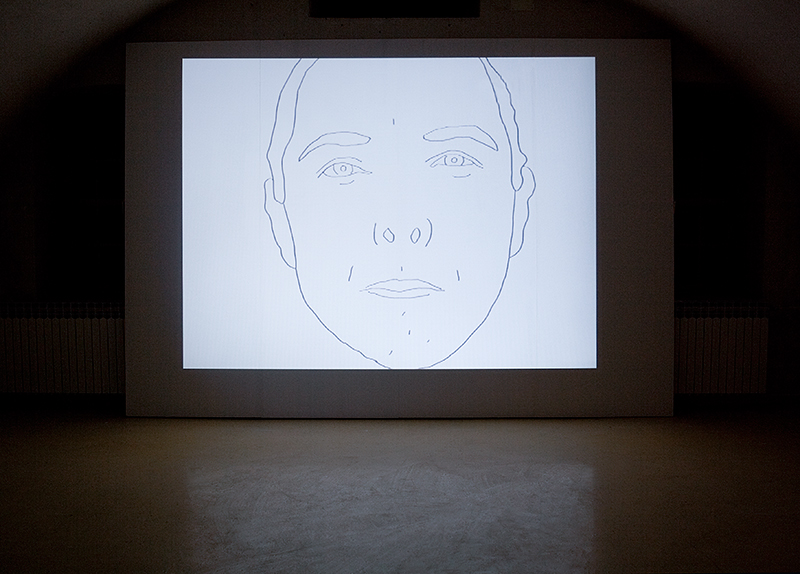 Without making a sound I repeat My sin, I am guilty, because sin is a dirty little word. St. Augustine, the father of the sin theory, was annoyed by the shameless optimism of the Romans. We are talking about the father of the idea of ”original sin,” in which Eve persuaded Adam to bite into the apple of knowledge and Adam, naive as he was, did so and now we all bear the mark of a somewhat crooked nature. According to Augustine, this is the moment we stopped being able to truly love because we got so wrapped up in our pride and egoism, we have a hard time understanding ourselves, our passions are overwhelming, we chase phantoms created by our own fears and insecurities. Augustine mocked all philosophers who were foolish enough to think that you could be happy here on earth and achieve bliss on the basis of one’s own work and effort.

Now that we’ve put it so succinctly, one would think it is impossible that such thoughts have not only survived, but gained followers throughout the centuries. Although essentially a gloomy outlook, Augustine propagated a deeply comforting thought – that our lives are sad and chaotic for one simple reason that we are human and nothing human can ever be completely right. We are capable of imagining love and virtue, but not fully able to secure them for ourselves. Although it sounds depressing, Augustine’s philosophy is nonetheless profoundly generous against poverty, failure and defeat. We do not have to be Christians to see the benefits of this way of thinking, which stands as reminder of some of the dangers and cruelties that come from believing that life can be eternally perfected or that absolute innocence exists.

Augustine reconciled a great deal of things in his theories, but the primary idea that guided him in shaping and framing them is the issue of dualism in the apple story. The serpent was interpreted as Satan, the opposite of God, the counterweight. So, god himself. Because Christianity is a monotheistic religion, power had to be taken away from the serpent, and blame placed on foolish Eve and gullible Adam. Or, more specifically, the reconciliation occurred when Augustine concluded that evil did not exist by itself. A blow to dualism. But let’s put it in perspective: a parent who mourns the death of their child. Try to explain to him that the pain is not real, only the absence of good.

If, however, we read Christian portals, we will soon find articles that say that even feeling guilty is a sin on its own merits because it is closely related to the shame of Adam and Eve after eating the apple of knowledge. In other words, make mistakes and you will feel guilty. Feel guilty and you’re in the wrong even there. And so the idea that was supposed to comfort  narrow-mindedly gave way to infinite moralizing that makes people small through theological castration. That is why it is not uncommon to find articles today about original sin and its philosophy as anxiety-provoking and guilt-increasing, offering a humiliating self-image served on a plate of disappointment.

Sin, of course, is the construct of a particular society at a particular moment. Once upon a time, church followers would stone their own members if their mother and father declared their son was drunk and rebellious, in the name of family honor. Today, no one would try to justify such practices, but they used to be the norm.

Sin is a narrow and restrictive word for a whole range of nouns that should better explain moral issues. Perhaps this is why it is better to start with what sin is not, by using an example. If we were to find a lion on the streets of London and if he killed and then ate a human, as a lion is wont to, would we say that the lion is in sin? If it is the nature of a lion to eat, including human flesh, sin is then a deviation from a natural state, which is in stark contrast to Augustine’s explanation. As a word that belongs primarily to the theological conception of the world, sin implies the divine dictation – not the nature of man, not a departure from God, but violation of a set of rules. If the Bible says that women should not wear tattoos, gold chains and braids, how come the Church does not consider this a sin today? For Jews, for example, there is still a ban on wearing a fabric mixture of wool and linen, but Christians somewhere along the way decided that the rule was not so important. Obviously the concept of good and evil is very fluid, even for Christians. A good additional example would be Josip Jelačić, for Croats a defender of country and a hero, but for the Hungarians, of course, a war criminal after he became responsible for the deaths of thousands of Hungarians.

Sin, then, is a futile attempt to simplify the world around us, a tool extremely powerful but not at all comprehensive and therefore dangerous. And what, then, are we to do? Nietzsche writes about Amor fati, that is, loving – not enduring or improving –but loving one’s own fate. He thinks that, if we want to have a good life, we need to keep in mind a lot of contradictory ideas and master them as they become relevant. In Nietzsche’s eyes, we don’t need to be consistent. He does not, therefore, ask us to choose between strong fatalism on the one hand or meekness on the other. He doesn’t want our mental toolbox to be equipped with just one set of ideas, but more than one, because the hammer doesn’t solve all situations. Even contradictory ideas are usable, ones we may not even believe in, but are useful because they work.

And as for the issue of evil, it may forever be something like the Supreme Court’s decision on pornography in the US, which after a long ordeal concludes the definition: you will recognize it when you see it.[1]